California Clears Way for Football, Other Youth Sports to Resume

Weekly Covid-19 test will be required for some student-athletes

The wait for most youth sports to resume just became a lot shorter as the California Department of Public Health (CDPH) released an updated version of its guidance, meaning that schools and privately organized clubs or leagues could begin full-contact practice and competition as early as this week.

CDPH announced in a press release issued on Feb. 19 that outdoor high-contact sports will be allowed to play in counties that are in the Purple “widespread” and Red “substantial” tiers, so long as those counties have a Covid-19 case rate at or below 14 per 100,000 residents in each county. Previously, those sports, which include football, boys and girls soccer, lacrosse and water polo, were only allowed to resume in counties in the Orange “moderate” Tier.

Santa Cruz County’s current adjusted case rate is 12.2, according to state data. That means some sports can start on Feb. 26 with no limitations, other than testing.

“Youth sports are important to our children’s physical and mental health, and our public health approach has worked to balance those benefits against Covid-19 risks,” said Dr. Tomás Aragón, CDPH Director and State Public Health Officer, in a written statement. “With case rates and hospitalizations declining across California, we are allowing outdoor competition to resume, with modifications and steps to reduce risk, in counties where case rates are lower.”

St. Francis High School Athletic Director Adam Hazel saw the news on Friday morning and began digging into the fine print to make sure if they were exactly in order with the all new guidelines.

“We still have some things to work through, but it’s very exciting that we’re taking another step forward to get our kids on the fields, courts and pitches at all the competition levels,” he said.

According to CDPH, a weekly test will be required for football, lacrosse and water polo athletes who are 13 years old and above in counties with a case rate between 7 and 14 per 100,000.

The tests, which can be antigen or polymerase chain reaction (PCR), are required for both participants and coaches, and results should be made available within 24 hours of competition.

Hazel has already reached out to the administration to discuss the testing procedures, and they’re doing whatever they can to get each sports program up and running. The school set March 1 as the start of practice for the next round of sports, including football.

“We were already kind of hoping to get to red and already making plans for how we could do it with the old guidelines to practice for those sports,” he said.

Aptos High School Athletic Director Travis Fox said the announcement was good news for the kids around California. He was rather optimistic that they’d be able to get a football season in, and that optimism was heightened after hearing about the updated guidelines. He said they would be happy just to get a two-game schedule where they can have a game on the road and one at home so they can have a senior night.

“If you’re asking me am I optimistic that we’ll have something, I am,” he said. “Even if it’s a two-game schedule, we’ll try and make it happen.”

Fox said that Aptos High already had the middle of March planned for football and volleyball seasons, but the updated guidelines pushed their timeline up about two weeks. It’s also good news because football is the only program that has a drop dead date, which means schools can’t play a game past April 17 because of the physical nature of the sport.

Fox added that it’s great news for soccer, water polo and lacrosse because they can start doing purposeful practicing instead of just conditioning in cohorts.

“The door’s open now,” he said. “We saw the light at the end of the tunnel, and it seems like we’re getting closer to that light.”

Hazel said based on the numbers it looked like Santa Cruz County was already headed to the Red Tier, which includes baseball and softball. The updated guidelines will now make it easier for these programs to get started sooner rather than later.

Outdoor moderate-contact sports, such as baseball, cheerleading and softball, can be played in these counties without the testing requirement. According to CDPH, due to the nature and risk of transmission while participating in these sports, teams must provide information regarding risk to all parents or guardians of minors participating. Each parent needs to sign an informed consent indicating their understanding and acknowledgement of the risks.

Fox mentioned that the Santa Cruz Coast Athletic League will meet on Tuesday to break down the details. He said they were prepared for most of the guidelines and have schedules set in place but now they have to determine the best options when it comes to spectators and Covid-19 testing.

According to CDPH, they stated that people with symptoms of Covid-19 or who are in isolation or quarantine for the virus are not permitted to attend practices or competitions. They also mentioned that student-athletes recovering from Covid-19 will have different paths to return to sports based on the severity of their illness.

Fox said that the state will assist with testing, especially with public schools in the hard-hit communities.

“I’m hoping for public schools in Santa Cruz, Monterey and Salinas that we would be able to receive that support,” he said.

Hazel said that indoor sports still have a long way to go before they can begin any type of team practice or competition. But he’ll continue to comb through the guidelines to find something that will hopefully get all the programs running at once.

“We’ll keep reading through the fineprint and making sure we put the best plan in place to get all those outdoor sports going and hopefully we continue working to get the indoor sports to be played later in the year,” he said. 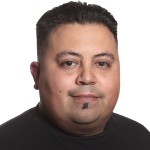 Sports Editor at The Pajaronian | Blog

Juan Reyes is sports editor of The Pajaronian. A Watsonville native, he has a passion for local sports and loves his community. A Watsonville High, Cabrillo College, San Jose State University and UC Berkeley Graduate School of Journalism alumnus, he primarily covers high school athletics, Cabrillo College athletics, various youth sports in the Pajaro Valley and the Santa Cruz Warriors. Juan is also a video game enthusiast, part-time chef (at home), explorer and a sports junkie.