Some Westside neighbors have concerns about bike riding along West Cliff

Cyclist Kristen Erickson says getting a boost on a bicycle can go a long way to changing someone’s transportation habits.

Thanks to the growing trend of electric bikes, her family now takes two-wheeled adventures when they might otherwise be driving. She thinks e-bikes will soon help other generations get moving as well.

“It’s great because my parents are older,” says Erickson, 37. “They are in their upper 60s, and my mom would only be able to use an e-bike.” The Aptos High teacher and her partner, Matthew Jamieson, 38, who both live in downtown Santa Cruz, bought a $2,500 e-bike, equipped with a seat for their 2-year-old son, Callan Jamieson. Although a significant financial investment, the couple decided it was important for their lifestyle.

“We roll right up in front and park right there, wherever we are going. It’s really convenient,” Jamieson says. “Callan loves the bike and is talking the whole time, pointing at things on the side of the road, whereas in the car he might be screaming.”

Supporters say the e-bike revolution, well underway globally and just emerging in the U.S., will ease congested roads and help the planet. Others are raising concerns that the bikes will clutter the landscape and endanger others on busy roads and paths.

With Santa Cruz Bike Week kicking off on Friday, May 4, the city of Santa Cruz is preparing to launch its inaugural bike share program, rolling out 250 bright-red Jump e-bikes at 27 locations citywide. The bikes will be available for hourly and monthly rates, and can be reserved via a mobile phone app or website. They’ll have specially designed features to thwart theft, including GPS locators. Fully charged, an e-bike battery can last for about 40 miles, depending on rider weight and terrain. However, recent Jump data from the San Francisco program shows the average ride was less than four miles.

The fleet is comprised entirely of pedal-assist e-bikes, meaning the battery-powered motor only kicks in when pedaling. None will have throttles that propel the bike forward at the flick of a switch without footwork.

Santa Cruz transportation planner Claire Fliesler, who has worked on the program for the past two years, says the bikes will help riders “get from point A to point B more easily,” help them “get up hills without sweating, and make short trips around town much more doable.”

Sales of e-bikes are surging globally, led by China and Europe, and the number of riders in the U.S. is steadily increasing. Not wanting to miss out on the booming industry, ride-hailing giant Uber plunked down an estimated $200 million last month to acquire New York-based bike share start-up Jump, the same company that will be coming to Santa Cruz.

In 2017, 34 million e-bikes were sold worldwide, with sales in the U.S. growing by 95 percent in the 12-month period ending in July 2017, according to the global information company NPD Group.

Bicycle Trip manager Michael Moore says e-bike sales have more than doubled in the past year at his store, in both gross sales and volume. He expects the sales to crack a quarter of the store’s total revenue this year.

Michael Ahern, who opened Current eBikes a year and a half ago in downtown Santa Cruz, has plans to expand his shop in the near future. The majority of his e-bikes sales fall in the $2,500-$4,500 price range, and one third of his rentals are for full-suspension electric mountain bikes.

Jamieson, who works in coastal sciences, says “e-bikes break a barrier.” He’s noticed more people cycling up to UCSC lately. And his family’s own cycling excursions have so far included West Cliff Drive—the same curvy street where many residents are hoping to ban e-bikes and change the locations of proposed e-bike hubs, the stations where bike share users can pick up and return bikes.

The locations of five bike stations on or near West Cliff Drive, including near the lighthouse, boardwalk and Mike Fox Park, are currently being appealed to the California Coastal Commission. Another possible location, at Woodrow Avenue and West Cliff Drive, has not been approved and will go before the Planning Commission this month.

“I’m not against e-bikes at all,” said Melnikoff, a West Side resident since 1993. “The issues that I have are promoting them and putting them in close proximity to West Cliff Drive. My biggest issue is safety,” she says, explaining that she’s experienced run-ins with Segways in that area.

Melnikoff feels the path’s “already way too crowded,” and worries there would be “no protocol” for e-bikes. “I think the city is asking for many lawsuits,” she adds.

Fliesler says the notion that e-bikes would be zipping up West Cliff at a constant 20 miles per hour has come up a lot. She explains that isn’t how it would work. “The speed of the bike depends on how fast and hard you are pedaling,” she says, noting that the bikes are a hefty 65 pounds, at least twice the weight of an average mountain bike.

West Cliff Drive, Fliesler notes, has always been designed for both cyclists and pedestrians. Bright colors will make the bikes more visible, she says, and safety is a priority. All the bikes are equipped with bells and include instructions on hand signals and how to cross railroad tracks. Helmets are recommended, though not required, and riders must be at least 18 years old.

Going forward, Moore expresses a concern of his own—that bike sharing will “cannibalize” some of Bicycle Trip’s new e-bike sales in the short term.

“But in the long term,” he says, “our hope is that it will catalyze excitement about cycling for both transportation and recreation and will inspire growth. We’re fans of more people on bikes.”

The legality of e-bikes is complicated, and varies state to state. Under federal law, an electric bike with a maximum assisted speed that stays under 20 miles per hour can be sold as a bicycle, as opposed to as a motor vehicle. In 2015, California Gov. Jerry Brown signed a law which created three separate categories for regulating e-bikes. It allows 28-mile-per-hour-capable electric bikes in bike lanes, and allows pedal-assist e-bikes to use bike paths, except when prohibited by local law.

Crafting new legislation could prove trickier, though, for electric mountain bikes. Currently, mopeds are banned from multi-use trails, but e-bikes are allowed, and there’s already friction between mountain bikers, hikers and equestrians.

One place e-bikes are not facing much opposition is on the roads. That’s where Ed Kilduff feels “absolutely safe.” An experienced cyclist who will turn 90 in August, Kilduff says his e-bike allows him to ride with his friends in the Santa Cruz County Cycling Club. It’s something Kilduff, whose wife died three years ago, says would be “too stressful” to do otherwise.

“She was my buddy. She rode with me,” Kilduff says of his wife. “We went on tours. It left a big gap in my life and the bicycling provides a social outlet. He rides twice a week, logging 45 to 50 miles.

“The e-bike softens the exertion quite a bit,” he adds, “They are absolutely fun to ride and I can keep up. Our generation is getting older and there’s a strong desire to try and stay exercising.” 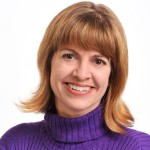